All of Global Painting’s crew members are refugees who have come to the United States to escape political corruption, religious intolerance, and ethnic strife. Although there are different ways to come to America as a refugee, every member of our team fled under UN guidance. We are proud to have such hard-working and motivated individuals join our team as they work to build a better life for themselves and their families in a new country.

Our crew leader Biak Tling is an inspiration to all who work with him. Biak fled with his wife and three children from his home country, Myanmar (Burma), and has come a long way in his journey to build a new life in the States. Today, his family is thriving and active in the Richmond community. He encourages all of our team to bring their best to the job each day and is inhappily works alongside his son, Paul, on the Global Painting team. 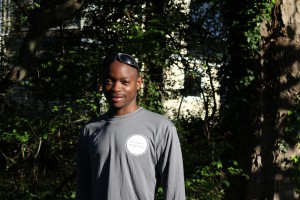 Toyi is an aspiring young man who has been in Richmond for 7 years.  A young refugee from Burundi he traveled through the Congo, now the Democratic Republic of the Congo, lived in a refugee camp in Tanzania, and made it to the United States all before the age of 16.  He attended Huguenot High school and graduated from Henrico High.  He & his twin are in Richmond with his mom while his sister lives in Iowa and has a brother and sister who are still in Tanzania.  He love Algebra, Science, and History and his favorite activity is playing Soccer.  He is ambitions and hopes to return to Burundi to make a positive difference. 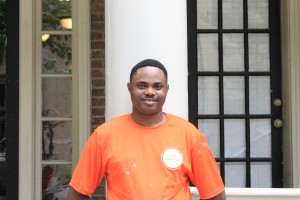 Eugene has been in the United States for 8 years. His family is originally from Burundi; he was born in the Democratic Republic of the Congo and lived in a refugee camp in Tanzania with his family before finally arriving in the U.S.  He is married and has four children. He and his wife recently purchased a home on the Northside, furthering their dream to provide stability and opportunities for their children. His ambition is to be a great father, provide for his family, and be an example for his kids. 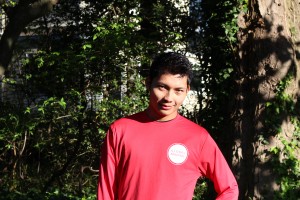 Way Thaw and his family were our first friends with refugee status, marking the beginning of a life-altering journey for our family.  He moved to Richmond 10 years ago having traveled a long way from his home country Myanmar.  At the young age of four, he left his beautiful quaint home in Kanepo, in the middle of a lovely forest, alongside a river, where he went fishing with his father.  He made the arduous journey to Thailand to live in a refugee camp.  After many years of careful and crowded living, he traveled to the U.S. to Richmond.  He graduated high school in Henrico county and then went to school to become a mechanic. He plays guitar at his church, loves soccer, and working on cars. He is with Global Painting part-time and wears a contagious smile full-time.